The Attorney General has no clue how the medication actually works.  When asked if he was aware of what was required, if it was “5 or 8 pills”. He said he read the bill, and thinks “we all know how to take a pill”.

Elizabeth Ritter (FOR) “the personal choice of the dying patient, no one is required to participate”… then why does it need a statute?  Suicide is already a sad choice. 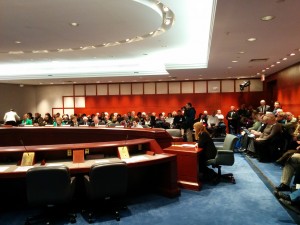 A Vermont State Rep is present to give testimony FOR the bill. She suggests that we look at current Suicides as reason to vote for it.  Helium Asphyxiation is “evidence that networks are already in place” for assisted suicide. Vermont starts with an Oregon model then we move to a “best” “medical” practices model.

Response:It’s not to be interpreted by life insurance companies as suicide it’s “hastening death”.

Follow up to another question: “We don’t define it as suicide. We define it as choosing the time of your own death.”

Sui-cide= Latin for Self-Killing… that’s what choosing the time of your own death is.

Rep: Vermont is the second oldest population after Maine.

Rep: “we did not define it as suicide… it is not suicide”

What if an emergency crew shows ups?

–“We absolve them from having to help”

“How would they know, if it’s confidential”

“is terminally ill within 6 months, with treatment or without treatment?”

–“that would be entirely up to the patient and physician”

–“part of the hospice care is to stop treatment”

— after two years “the only thing that will be reported is the death of the person” to the VT Health Dept.

Is it the case that there is no “coercion” and that people can get guidance from their own “tradition”.

–“Yes… it is their right to choose to participate or not”

Is this something that is “uplifting” since it’s not in the dark?

–people see it as “comfort… its there if they need it”