The world is a poorer place this morning.  WCPO in Cincinnati announced Lauren Hill's death a few minutes ago.  She was only nineteen and suffered from a brain cancer similar to Brittany Maynard's.  Our love and sympathy goes out to her wonderful family, who fully supported her in dying with authentic dignity. Hill was determined to make her own dying a source of good for … END_OF_DOCUMENT_TOKEN_TO_BE_REPLACED 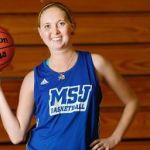 Here's Lauren Hill, a nineteen year old girl with brain cancer, with only weeks to live, who is living her life fully until the end, refusing to be "a quitter", showing us all the way to die with true dignity. http://www.cbsnews.com/videos/girl-with-terminal-cancer-living-for-basketball/ What a great example Lauren is, particularly to those tempted to despair of life … END_OF_DOCUMENT_TOKEN_TO_BE_REPLACED

In the light of how people are portraying courage in confronting the end of life these days, here's what the real thing looks like. Sgt. Jason Allen, a Rutland VT policeman, died at 35 last week, of cancer.  He had come to the sheriff's department in 2002 and apparently became a friend, role model, and mentor to everybody he met, even the people he arrested.  Until the very … END_OF_DOCUMENT_TOKEN_TO_BE_REPLACED